0 Upper Austria Diaspora around the world 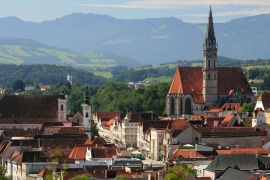 Blick_ueber_die_Steyrer_Altstadt - By Christoph Waghubinger (Lewenstein) (Own work)
[GFDL or CC-BY-SA-3.0], via Wikimedia Commons 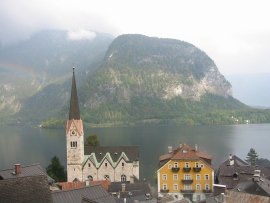 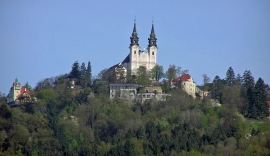 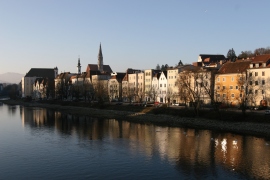 The name Upper Austria refers to the region's location above the river Enns. In 1264, the name was mentioned for the first time in written form, but it is assumed that the region was known as Upper Austria for a longer time as names based on locations had been common for a long time.

Upper Austria is one of the regions in Austria that is very popular for its natural attraction and the network of hiking and biking paths. Visitors usually connect the word “unspoilt” with Upper Austria. Even though nature and outdoor activities play a very important role in this region of Austria, there is also a lot of culture and history to explore. In recent years, Upper Austria has also become an important industrial location with some successful businesses. One quarter of industrial income in Austria comes from Upper Austria by now. Technology industries and research are also on the rise.

Upper Austria is also the home of Linz, which is made famous by a cake called “Linzer Torte”. It is assumed that the Linzer Torte is the oldest kind of cake in the world – so go ahead and try one when you are visiting Linz.

What should you see and do while you are in Upper Austria?

Hallstatt is one of the most scenic villages in Upper Austria – and maybe even in the whole of Austria. It sits at the shores of a beautiful lake and is surrounded by the most breathtaking landscape with mountains and lots of green. The Chinese loved this place so much that they have an exact replica of the village in Huizhou (in the Guangdong province). In the past, Hallstatt was very important – and rich – because of its salt mining. When you visit this charming village, you can learn more about the vital importance of salt for the region's wealth, or you could simply sit at the lakeside and enjoy the fantastic views that are like out of a fairy tale. More active people can also take part in activities on or around the lake.

The capital of Upper Austria is Linz, and is most likely one of the places you will visit if you go and visit Upper Austria to learn more about the region's history, culture, and heritage. Linz is the third largest city in Austria, and has plenty to offer when it comes to culture. In 2009, it was even named one of the two Capital of Culture in Europe – and a city does not get that title easily. Visit the cathedral, the castle, the museums, and some of the small art galleries to satisfy your thirst for culture and art. Don't miss the sight of Linz at night, especially along the riverside. When the sun disappears and the lights of the buildings along are turned on, you will see some fantastic reflections on the river Danube. The blue lights of the Lentos Art Museum, for example, are definitely worth seeing (and during the day, the museum's interior is also worth a look as it is a great art museum).

To find Steyr in Upper Austria might be a little confusing when you know that there is also a region called Styria (and the rulers of the region used to have their base in Steyr). Today. Steyr is the third largest city in Upper Austria, and interesting to visitors because of its nice old town with the town hall and some old churches, especially the parish church that can be seen above all others. Two rivers flow through the city, so you can also easily do some river cruises if you feel like it. Don't miss a visit to the castle!

Hiking or biking along the Danube

The Danube, a river that flows through more countries on its way to the sea than other rivers, also flows through Upper Austria, and it is the ideal pathway for people who would like to see some fascinating places in Upper Austria. There are excellent walkways and biking paths along the sides of the river, and you'll pass more castles, fortresses and monasteries than on other pathways. You can just walk or bike for a day, or take advantage of some of the fantastic multi day trips.