0 Salzburg Diaspora around the world 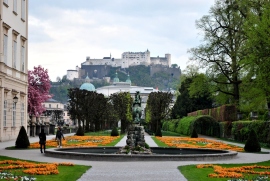 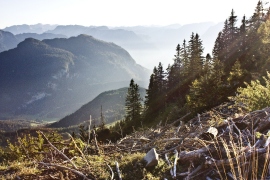 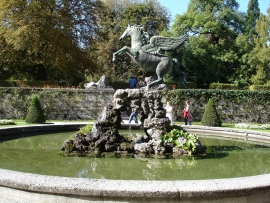 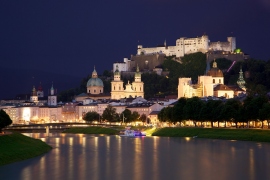 Old_Town_Salzburg_across_the_Salzach_river - By Jiuguang Wang (Own work)
[CC-BY-SA-3.0 or GFDL], via Wikimedia Commons

The name Salzburg is translated as “salt fortress”, and refers to the salt trade on the river Salzach (with Salz being “salt” and “ach” an old form of river). The salt trade was quite important in the past, and there were also taxes on the salt. The name Salzburg, however, does not only describe the city people will think about when they hear the word Salzburg. It is also a whole region – of which the city of Salzburg is the capital.

Most people connect Salzburg as being the birthplace of the famous musician Mozart. People who enjoy musicals will also connect the city and the region with the famous musical “The Sound of Music”. People in Salzburg sometimes cannot understand why tourists would come to Salzburg just because of that musical – which they mainly know from the Hollywood movie version. However, they do not complain about the influx of tourism that has come from the fans of this musical.

The old city of Salzburg is known for its baroque architecture, and is one the list of UNESCO world heritage.

What should you see and do while you are in Salzburg?

As the focal point of culture and heritage of this region is the city of Salzburg, we will also focus on the main sights in this exciting and beautiful city. If you come to Salzburg to learn about your Austrian heritage, then the city itself is the best place to start as all of your questions about the region can most likely be answered in the city of Salzburg itself – or people can at least point you into the right direction. So, what should you not miss when you are in the city of Mozart?

This little alley alongside the river is a great place for a little stroll. The most outstanding part of the Getreidegasse are the signs outside of the shops. They are all designed the way shops used to display their names in earlier times. So this make a walk through the alley feel like you are taking a step back in time. The interior of the shops, however, is usually quite modern. You are likely to find something you like.

This cathedral is from the 8th century (but was extended over time) and can look back on a quite impressive history. It is assumed that the location had been used by pagan religions way before it was used for the cathedral. Unfortunately, the cathedral suffered quite a bit in the past, and a serious fire a few hundred years ago (one of many fires actually) damaged the basic structure, so the cathedral you can see today is not quite what it used to look like. When you visit the cathedral, you can learn more about the history and the reconstruction.

The castle is a great place for a day out. It even has a zoo on the castle grounds – however, you need to be aware that the entry to the zoo is not included in the entry price for the castle grounds. You will need to buy an extra ticket for it. There are guided tours, but you can also just walk through the grounds in your own pace (the tour takes 45-60 minutes), and have a look at the intriguing fountains, maybe take a picnic with you, and simply enjoy the well designed place.

The fortress with the name of Hohensalzburg is not only worth a visit because of the fortress itself, but also because you have a magnificent from the top of the mountain on which it was built. The fortress has many interesting displays, amongst them a few torture instruments. A visit to the fortress is quite educational, and seeing that this fortress was a very important place in the history of the city and the whole region, you really should not miss out on a visit to this place. There are also often concerts in the evenings that would be interesting for you if you would like to take in some additional culture!

If you feel like a hike on a mountain with a lush forest and fantastic views, then you do not have to go far. Just take a trip to the Kapuzinerberg, and you get all the things you are looking for during a good day outdoors.

If you are interested in the salt history of Salzburg, then you could take a tour of the salt mines. The tours give you a really good insight into how the trade with salt shaped the history of the region. A tour like that is not your typical tourist experience, but very well worth it.