0 Carinthia Diaspora around the world 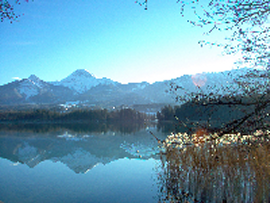 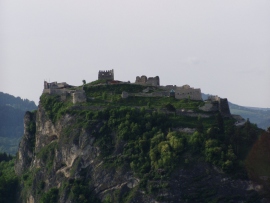 Griffen_Burgruine - By de:Benutzer:Griensteidl (Own work)
[GFDL or CC-BY-SA-3.0], via Wikimedia Commons 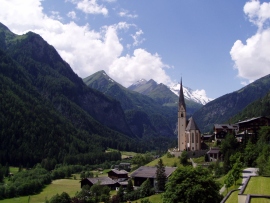 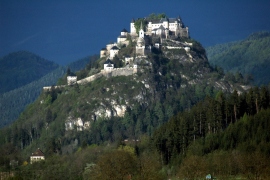 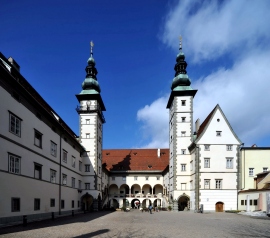 There are two possible translations for the name of this Austrian region. People agree that the root of the name comes from the old Celtic language, but there are two possibilities: the name can either come from the word “Karanto” which is translated as stone or rock, or it can come from the word “Carant” which is commonly translated as friend or relative. As the region is alpine and thus quite rocky, many people assume that “Karanto” makes more sense.

550,000 people live in this region that has recently been in the news as it might be the first European region that might have to deal with the problem of a proper bankruptcy. Vienna does not want to pay for the financial mistakes the regions has made, so the region made it into the news. However, the region of Carinthia has a lot more to offer than financial problems!

It is also the most Southerly region in Austria and can boast about getting the most hours of sunshine every year. Of course, this turns the region into one of the most popular regions for visitors that are interested in the alpine scenery. It is often also called the region of lakes as there are 200 different lakes of various sizes in Carinthia. It is only natural that tourism is one of the main income sectors of Carinthia.

Carinthia is also famous for being the home of the Goldeck Textile Company that has been producing fantastic sleeping bags for over sixty years, and exports them into different parts of the world.

What should you see and do while you are in Carinthia?

If you are interested in nature and wildlife, the Hohe Tauern nature park would be your ideal destination. You can either explore the area on your own as there are excellent hiking tracks, or you can go on a tour with an experienced guide. You need to be aware of the fact that there are also people hunting in that forest, so you need to make sure you know how to stay visible and not be mistaken for a deer. Some of the animals you can see in this park are red deer, marmot, mountain cocks, golden eagles (a sight to behold), bearded vultures, ibexes and chamois – just to name a few of the inhabitants. Add the fabulous scenery – you are surrounded by mountains that are up to 3,000 metres high – and you can hardly imagine a better place to be if you are a lover of the outdoors.

Bad Kleinkirchheim is for the people who would rather only relax during their stay in Carinthia. Bad Kleinkirchheim is known for being a great resort of well-being holidays. It is a place in which you can indulge yourself, and be pampered by the staff of some of the resorts you can find there. Of course, you can also explore the outdoors there!

Lavanttal is a destination that is fantastic for a combination of hiking, biking, and culture. There is a monastery you can explore, and a lot of culture within that area.

Klagenfurt on the Wörthersee

Klagenfurt with its great location at the lake is a very popular destination for tourists. Klagenfurt is also the capital of the Carinthia region, and thus a good place if you would like to learn more about the culture, history and heritage of the region in general. There are some museums worth exploring, and you also can access resources for more in-depth research if necessary.

There are many opportunities for visitors to relax at the side of the lake – but you can also choose to be more active by taking part in some of the water sports that are on offer in Klagenfurt. The Viktring Abbey, Minimundus, and the cathedral are some of the sights people usually want to take in when they visit this city.

One of the best destinations for people with children is the Maltatal as most of the activities there are aimed at families. Trebesing, for example, is a village just for children and babies – but of course there is also an area where the adults can relax while their kids have a lot of fun in a safe and entertaining village completely built just for the kids' enjoyment. Trebesing was the first village of this kind in Europe, and is a rather unusual place.