0 Burgenland Diaspora around the world 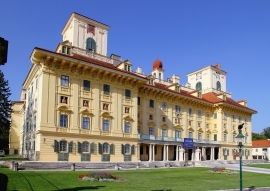 Eisenstadt-altes-Rathaus - By User Hieke on de.wikipedia
[Attribution], via Wikimedia Commons 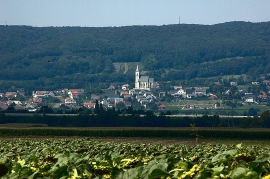 Leithagebirge - By Stanislav Doronenko (Own work)
[CC-BY-3.0], via Wikimedia Commons 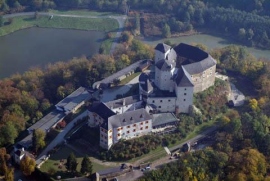 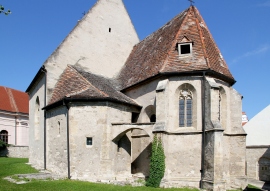 Burgenland can be translated as the land of castles. Originally, the name of the region even was the land of the four castles, however, since Burgenland became part of Austria, most of those castles are in Hungary now, so the “four” has been taken off the name.

Of course there were always more than just four castles in the region, but four of them were particularly important. Don't worry though, there are still enough castle worthy of a visit – but the name might be a little misleading as there are not as many castles as the name does suggest.

The region has a rich cultural and historical meaning within Austria. People who enjoy history, will be able to learn about the Roman Empire, the Hun Empire, the Kingdom of the Ostrogoths, the Kingdom of Hungary, the Habsburg Monarchy, and World War II, as all of those – amongst others – were once a part of everyday life in Burgenland, and you can still see the influences here and there, especially when you go looking for them.

Burgenland is the most Eastern part of Austria, the seventh largest region in the country, and also the least populous region. There are less than 300,000 people living in the whole region.

The region is also known for its shape as it is a very long but narrow region.

What should you see and do while you are in Burgenland?

This lake is shared with Hungary, and the biggest lake in Austria. The lake itself and the rich wildlife (especially the bird life) are both a magnet for visitors, and the lake is one of the most popular visitor attractions in Burgenland, especially when the weather is nice. The lake itself and lots of the area around is a protected wildlife habitat, and while the low water levels make some water sports a bit challenging, there is a lot on offer for visitors, like fishing (make sure you know the rules and regulations), and windsurfing.

People who love birds will also just be happy to know that there are plenty of bird hides, or just watch the birds during a nice hike along the lakeside.

The castles of the “country of castles”

If you would like to visit some of the castles in this region, then some of the most popular ones that would most likely also be interesting for you are Castle Halbturn from the 18th century (there often are events within the castle), Castle Esterhazy from the 15th century (popular for weddings), Castle Forchenstein from the 14th century, Castle Bernstein, Castle Lockenhaus and Castle Schlaining (all three of them from the 13th century), and the oldest castle of them all: Castle Güssing from the 12th century.

The latter is also in a very nice location and if you can only visit one of the castles, then make it Castle Güssing.

Eisenstadt is just a small city, yet it is the capital of the region. Famous places to visit in this city are the church which houses the tomb of Haydn (Bergkirche), the Domkirche (the local cathedral) which was started in the late 15th century, the Jewish synagogue, a variety of interesting museums, and some of the old buildings in the centre, like the town hall and the old state house. Eisenstadt is a great destination if you would like to learn more about the region in general, and it also is a good place from which you can explore many other parts of Burgenland without problems.

Rust is known for two things: the storks that nest there and the beautiful historic town centre that just invites you to explore it and spend some time there. You can see all of Rust (the tourist parts) within a day, so this is a good place for a day trip. If you would like to stay close to the Neusiedler Lake, then this town would also be a good choice as a base.